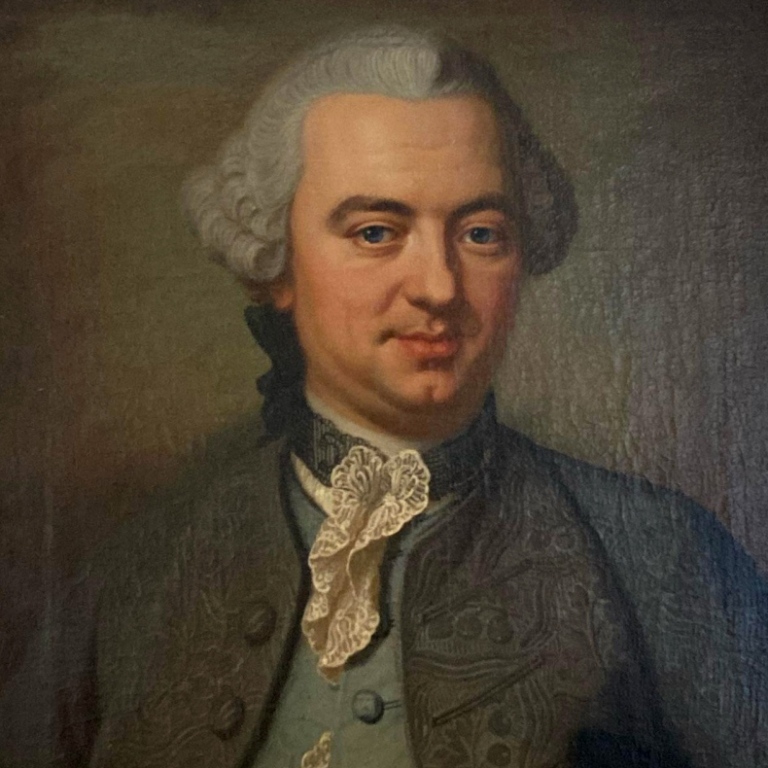 On the advice of his brother Bengt he became a medical student and moved to Uppsala in order to study medicine and botany with Linnaeus and Nils Rosén. (At the time, natural history - not least botany - was often coupled with medicine.) He became a dedicated pupil at Linnaeus's private and public lectures. Commissioned by Linnaeus, Bergius later went to Gotland to gather plants, fossils and corals for C.G. Tessin's collection of natural-history specimens.

His medical training ended in 1755 with a disputation on a thesis about smallpox. Peter Jonas then moved to Stockholm and started a medical practice. There was a great shortage of doctors and he worked hard to provide medical care also for the poor. His work soon attracted attention from the Collegii Medici – later the Medical Board (now the National board of Health and Welfare) and rumours spread rapidly about the excellent doctor. In 1758 he was elected a member of the Royal Academy of Sciences and became chairman three times. He wrote several books and other publications on medicinal herbs, inoculation against smallpox, states of illness, botany, etc. The most important are perhaps Materia medica, Plantae capenses and Tal om fruktträdgårdar [A Discourse on Orchards].

The success of Peter Jonas Bergius made him a rich man, and in 1759 Bergielund was acquired as a summer residence. During the time in Uppsala he had missed his brother a lot, but in Stockholm they were reunited and lived together sharing the expenses at Bergielund and in the city.

When the Collegii Medici was to appoint a chair in 1761, Peter Jonas was elected as professor of natural history and pharmacology. His membership of the Royal Society in London should also be mentioned as one of his merits, since he is one of the few Swedes who have been paid this honour.

In 1777 Bergielund was enlarged to 7 hectares and could be thoroughly developed. Peter Jonas was responsible for the garden and the herbarium, while Bengt built up the fine collection of books. Both the book collection and the herbarium are still extant, while the garden nowadays is situated at Frescati. Bergielund was the great commitment of Peter Jonas right up to his death in 1790.

Today, the scientific achievements of Peter Jonas Bergius mainly appear in the writings he produced on botany and medicine as a result of his research, and also in the extensive herbarium he built up. (The Bergius herbarium is further described under the Collections.) The list made by Olof Swartz of P.J. Bergius's productions includes 68 works, and on this page P.J. Bergius and science is described through some of his works.

Initiator of inoculation against smallpox

As a physician Bergius mainly studied the cause and development of contagious deceases and he won a reputation as a skilful doctor both within the country and abroad. He was one of the initiators of inoculation against smallpox and proposed a legislation to speed up vaccination. It was difficult to spread the practice of inoculation because there were few doctors in the country, and it was believed that too many risks would be involved if others performed the inoculations. People's lack of confidence in doctors was also a problem. He wrote about smallpox in his doctoral thesis De variolis curandis (1754), and later in other writings.

Works about deceases and doctors of that time

Among the most significant works in medicine by P.J. Bergius we find Försök til de uti Sverige gångbara sjukdomarnas utrönande [Attempts to uncover the current deceases in Sweden] from the year 1754, and also 1755 and 1756, which were carried out at the request of the Collegium medicum. These represent the beginning of a descriptive Swedish epidemiology (a scientific discipline dealing with the spreading, cause and course of deceases.) and today they provide an interesting material in the history of medicine. Here, based on his own observations and information gathered from the country's provincial doctors, he describes the deceases of the time.

Also of great value to posterity is another work by Bergius on the history of medicine: Inträdes-tal om Stockholm för 200 år sedan, och Stockholm nu för tiden [Inaugural address about Stockholm 200 years ago and Stockholm at the present time], which was delivered at the Royal Academy of Sciences on the 20th of August 1750. For the most part it contains information about Swedish doctors ever since the times of King Gustaf Vasa and it is an invaluable source on this subject.

Of great interest to the history of medicine and to botany as well, is Bergiu's Materia medica (1778), a work in two volumes comprising 571 descriptions of Swedish medicinal herbs known at the time.

Here, the plants are described in Latin as follows:

NAMN - quotations of names from older books
FORMA - description of the species
PROPR. - characteristics, properties like smell and taste
VIRTUS - medical and dietetic properties
USUS - use

Plantae capenses, an early flora of the Cape area

Among some thirty works on botany, the most significant is Plantae capenses (Stockholm, 1767). The work portrays the flora of the Cape area (in South Africa) and describes 14 new genera and 130 new species of plants, which were not yet included in the system of Linnaeus. The basic material of this book came from the company director Michael Grubb who provided P.J. Bergius with specimens of Cape plants from his travels with the East India Company. Some of the plants are still preserved in the Bergius herbarium.

Even as a young man, while studying at Lund University, Peter Jonas Bergius started to think of moving to Uppsala where the best medical training in the country was available. He was irresolute but finally took the decision to move on his brother's advice.

In 1749, aged 19, he was registered at the students' club for the county of Småland at Uppsala University and got Linnaeus as inspector. The inspector was the head of the university club and was not only responsible for everything to be run properly, but also for helping the students in an active way. As a member of the Småland students’ club Bergius was able to attend the seminars of Linnaeus and also join his excursions at Hammarby.

In 1750 Bergius submitted his first test of learning to Linnaeus, a small preliminary thesis treating the spores of moss – De seminibus muscorum. The theses were usually composed by the professors, but in this case, as a very successful student, Bergius had been allowed to make a contribution himself. Linnaeus had great confidence in his disciple and he was granted a highly coveted scholarship.

Those who are known as Linnaeus's disciples were mainly his students at the faculty of medicine at Uppsala. The apostles were those who, commissioned by Linnaeus, went abroad to gather plants and natural-history specimens, and who wrote travel books that Linnaeus could make use of. Bergius made two minor journeys commissioned by Linnaeus to Dalarna and Gotland. The journey to Gotland was made in order to gather corals and fossils for Carl Gustaf Tessin's collection of natural-history specimens. The journals from this journey were later handed over to Linnaeus. A journey to the East Indies, to be paid by Queen Lovisa Ulrika, was also contemplated, but for some reason it came to nothing. In his later career Bergius chose to follow his own path as a physician in Stockholm rather than making journeys on behalf of Linnaeus.